I put a call out for ideas for a blog article and I got a great response from Claire Donohue Roof, poet and assistant professor of creative writing at Ivy Tech Community College. She  asked about the different genres of fiction. Great topic. Thank you Claire!

Read a sample of her work here!

Genre is a category of literature that was first created by the Ancient Greeks and comes from the Greek word genos, which means kind or sort. The term was created to differentiate between prose, poetry, and performance. Today, the term defines a wide variety of literary styles, including comedy, tragedy, horror, science fiction, romance, thriller, mystery, etc. The Greeks set out to simplify the literary and theatrical arts by placing them into genres such as comedy and tragedy. However, as time went on, the genres of literature became more and more complicated, and at times, convoluted. But it is important to never underestimate their importance. Genres help readers understand the style of a book BEFORE they read it. That is one of the major things that help them pick a book to read. So, writers, when you choose to blend one genre with another, it's important to always keep the reader in mind.

Writers love to mix genres, splicing one into another, known as cross-genre or hybrid genre. Examples are historical romance, paranormal romance, science fiction Western, literary horror (my favorite), young adult fantasy, and techno-thriller. There are also hybrid genres that have become so popular, they've been rewarded their own genre name, like steampunk, which is science fiction in a 19th-century setting, incorporating the design of steam-powered machinery.

Is it okay to mix genres? Absolutely, but be careful not to cross so many lines that your story becomes confusing. I find this is the case with the fairly new category of genre called speculative fiction. This is a genre with a wide umbrella, covering horror, fantasy, science fiction, superhero fiction, dystopian, supernatural and any other fiction that is outside the realm of reality. By having this as a separate category of genre, it gives writers freedom to cross into several main genres in one novel. Not that it's bad or wrong, but it could cause some fundamental problems. One is, it could make the novel hard to place. Editors, agents,  and publishers are specific about what markets they are targeting, and if they can't target a specific market, they will likely pass on your multi-hybrid novel. Second, readers are essentially the same as editors and publishers. They love to read a specific genre and may avoid your book because it doesn't fit their niche, or they may be disappointed if they expect one thing from your novel and get something completely different. I found this with Peter Straub's Ghost Story. 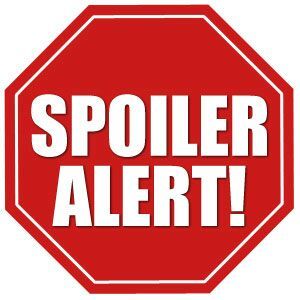 Peter Straub's book is called Ghost Story. So, just by the title, I expected a ghost story. And, for the most part, it was. It's about a group of older men who are part of a kind of secret organization called The Chowder Society. They meet occasionally to chat and share ghost stories. Then one of them dies and they all become haunted in dreams by a murdered girl from their past. It was creepy and I loved believing all the way through the book that the ghost of the murdered woman had come back to haunt these old men. But, in the end, she's not a ghost at all, but an immortal shapeshifter. UGH! I was so disappointed! So, if you're writing a ghost story, don't give me shapeshifters, or vampires, or zombies. It's just not the same thing. And, with the exception of his collaborations with Stephen King, I've never read another Peter Straub story. (Althuogh I will if someone recommends one.) 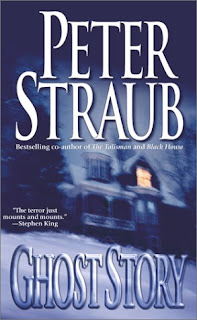 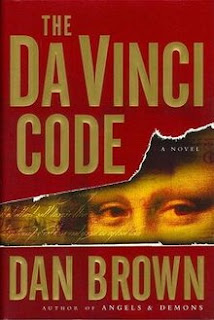 It was getting massive press for it's fast-paced action, but more so for it's controversy regarding radical speculations about the history of the Catholic Church. Now, if you look up Catholic in the dictionary, you'll see a picture of the Pope and then a picture of my mother. She had never read a suspense novel, but read this one solely for the controversy. When she was done, she was hyper critical about the content, but also enamored with the books mad crazy success. So, she decided she was going to write a suspense novel. I told her, "You don't read suspense novels. How will you write one?" She said, "You'll teach me." I said, "I'm not versed in suspense novels. I like horror." She said, "You'll learn how, then you'll teach me how." She's my mother and she's Catholic. I couldn't say no. It would have been a sin. So, I went to conferences, workshops, took how-to books out of the library, read numerous suspense novels, including all of Dan Brown's at the time (which I loved), and set out to write a suspense novel for the sole purpose of teaching my mother how to do it. It took me a whole year. When I was done, the novel was horrible, but I went to my mother to at least teach her what I'd learned. She said to me, "Oh, I'm on to different things now." I love her despite this. 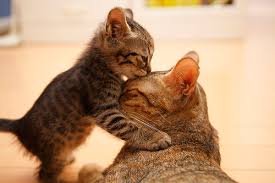 Final words: Write in the genre in which you love to read. Pick a genre, devour as many books in that genre as you can, learn the pacing, the level of characterization, the tropes, the plot construction. Then write.

Good luck! I'd love to hear what you're writing!

Posted by Eileen Albrizio at 9:39 AM